The Philippine Institute of Volcanology and Seismology (Phivolcs), via The Philippine Star, has recently revived its “Big One” warning to the public—especially to those who work and live in Metro Manila—that a magnitude 7.2 earthquake could be unleashed by the West Valley Fault anytime now, following the magnitude 6.7 earthquake that hit Surigao last February 10.

Metro Manila is the most densely populated region in the Philippines. If the ‘Big One” strikes, there will surely be thousands of casualties and billions in property and infrastructure damages. But did you know that there had been equally strong or even stronger earthquakes that hit in the Philippines since 1645?

Let’s revisit some of these strongest quakes:

Right after the magnitude 8.0 earthquake, a massive tsunami, covering 700 kilometers of coastline nearby the island, followed. The quake struck past midnight and people were caught by furious water, which claimed 8,000 lives, injured 10,000, and left 90,000 homeless.

This magnitude 7.8 tremor left as least 2,412 casualties and P10 billion worth of damages to both public and private properties.

This magnitude 7.5 earthquake, which crushed the island of Luzon, is remembered throughout the history of the Philippines as “the most terrible earthquake.” That time, only the Spanish colonizers were counted; 600 died and 3,000 were injured.

This earthquake killed a total of 270 people. It also caused a massive landslide and tsunami, which destroyed 300 lives when the six-story Ruby Tower in Binondo, Manila collapsed.

Followed by a gigantic tsunami, at least 7,566 houses were washed out and around 78 people died.

How are you preparing for the “Big One”? especially if you live in Bulacan, Quezon City, Marikina, Pasig, Taguig, Muntinlupa, Laguna (San Pedro, Binan, Santa Rosa, Cabuyao, and Calamba) and Cavite (Carmona, General Mariano Alvarez, and Silang), where the West Valley Fault is believed to be passing through.

By filling in the survey HERE, based on Phivolcs and the Japan International Cooperation Agency’s (JICA) 12-point self-check for earthquake safety, you can assess the earthquake readiness of your one to two-story Concrete Hollow Block (CHB) house.

5 Things to Consider Before Flipping a House 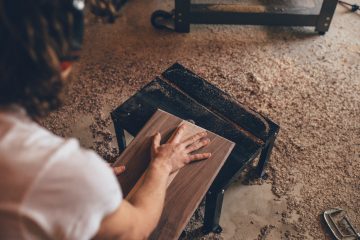