Know how to be part of the solution, not the problem, via the Heritage Conservation Society (HCS) walking tour-lecture.

Manila, Philippines—Since 2003, the National Government’s Proclamation No. 439 has designated the month of May as the National Heritage Month. This decree aims to raise awareness of the legacies of Filipino cultural history, which include the preservation—or to halt the deterioration—of heritage buildings and structures.

An opportune time, the Heritage Conservation Society (HCS)—run entirely by volunteers—together with the National Commission for Culture and the Arts (NCCA) and Far Eastern University (FEU), a recipient of the UNESCO’s Asia Pacific Heritage Award, is spearheading an awareness campaign for heritage conservation via a walking tour-lecture titled “Significance in the Details: Identifying Values in Heritage Sites and Structures.”

The event, set this Saturday, May 4, 2019, 1:30 to 5 p.m., is comprised of two lectures: (1) “The Significant Other: The Heritage Law Beyond Presumptions by HCS President Mark Evidente and (2) “The Relevance of Digital Scanning in Documenting Heritage Structures” by HCS Trustee Conrad Alampay.

Further, a walking tour of the 91-year-old FEU, which is prominent for its Art Deco style, will culminate the heritage immersion. FEU Director of the President’s Committee on Culture Martin Lopez will lead this walk-about.

“We have an existing Heritage Law but the problem really is the implementation. Unfortunately, we lack the necessary push starting from the Local Government Units (LGU) level, also from some lawmakers of the country,” disclosed Jenn Galvez, HCS external committee head, among a small group of media outlets last week.

The National Cultural Heritage Act, or Republic Act No. 10066, signed exactly a decade ago, advocates for the preservation of historical buildings at least 50 years old. This law also prompted the creation of the Philippine Registry of Cultural Property, which consolidates an official list of all cultural properties that are deemed significant to the Philippines’ cultural heritage—both tangible (e.g. heritage sites and structures) and intangible (e.g. practices and oral traditions).

“Our organization is concentrating on policymaking, in lobbying to enact these laws. It will be beneficial if the public would be made aware of such laws,” Galvez added. “In educating, we try to provide seminars for a minimal fee and talks to address critical issues that will influence the movers and shakers of different industries. We also open our lines of communication with policymakers who will directly affect our heritage and cultural sites.”

“As generations come and go, it’s important to keep re-introducing the idea of heritage preservation and educating them on the value of our nation’s built-heritage in relation to our country’s history,” explained HCS Chair Liliane Manahan. “These aren’t just old buildings. There’s a significant memory attached to each of the structures. When a structure of significance is physically lost and replaced by something else, the landscape changes, the memory is lost, and all this generation will remember will be a watered-down story represented by whatever stands in its place…perhaps a burger joint.”

In Asia, Singapore, which clearly has more financial resources than the Philippines, remains a role model for its heritage conservation measures. These efforts have been implemented by two state agencies, the Urban Redevelopment Authority and the Preservation of Monuments Board, since the early 1970s.

Support HCS’ heritage event, which will be held at FEU’s PCC Center, by booking tickets (P400 each) on Eventbrite.

Great Gift Ideas for the Home on Mother's Day 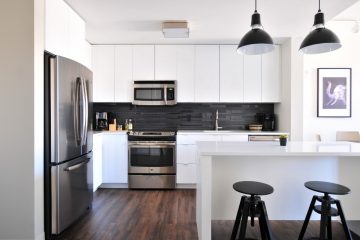