It’s undeniable that Philippine festivals (fiestas) not only attract local tourists but also visitors from across the world because every town (no matter how big or small) widely opens its doors and shares its story and culture.

In case you missed the fiestas held in the first quarter of the year, don’t worry, we’ve got you covered!

Below is a list of upcoming fiestas you shouldn’t miss:

Every May 15, each household tries to outdo each other in a friendly competition as they accessorize their homes with fruits and vegetables in honor of San Isidro Labrador, the patron saint of farmers, laborers, and peasants. This annual tradition is their way of giving thanks for abundant harvest. At the end of the festival, visitors can bring home the fruits and vegetables from each host for free.

The San Juan Fiesta is an annual festival celebrated in honor of St. John the Baptist to commemorate how the Catholic saint prepared mankind for the coming of Christ by baptizing them with water.  Residents douse themselves and their friends with water and participate in different basaan games, while bystanders and commuters become targets of the residents lining the streets with water guns and hoses.

(Browse these for sale properties in the City of San Juan)

One of the highlights of the festival is the street dancing, where participants wear colorful costumes and head-to-toe body paints. These body art resembles armors that honor the tattooed warriors from the past.

The festival is an ethnic Mardi-Gras march inspired by a war dance involving Muslims and Christians. It’s a commemoration of the Cantillan’s history where early Christians had to defend themselves against the raids perpetrated by the Muslims.

The word “Kadayawan” comes from “madayaw,” which means valuable or beautiful.

(Check out these properties for sale in Davao City)

This festival of smiles-masquerade party indents to lift up the spirits of the Bacolod people after the sugar crisis in the ’80s. Its name comes from the English word “mass,” which means people, and the Spanish word “kara,” which means face.

The festival gets its name from the 12-foot paper-mache giants, which are the highlights of the parade. The celebration honors San Clemente, the patron saint of fishermen.

(Check out these properties for sale in the province of Rizal)

House or Condo? Which One Should You Choose? 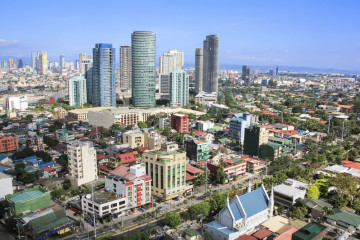