Five Ways To Survive An Earthquake

Recently, there has been an alarming rise in seismic activity in the Philippines.  In the last month alone, the Philippine Institute of Volcanology and Seismology (PHILVOCS) recorded 305 earthquakes, in which two quakes were strong, six were mid-strong, and 441 quakes were weak.

The recent earthquake in Nepal, which killed more than 8,000 and injured more than 23,000 people alarmed not only Filipinos but also everyone else in the world.

Now the question is, “are we prepared for a strong earthquake?” Is the simple “drop, cover, and hold on” enough to keep us safe?

Here are some safety tips to follow before, during, and after an earthquake.

Know What to Prepare

Earthquakes are inevitable so you have to prepare yourself before it arrives.  In emergency situations, such as earthquakes, you’ll likely need a first aid kit, flashlight, fire extinguisher, battery-powered radio, and extra batteries.  Make sure you have all of these life-saving items.

When inside your home, stay calm and make sure to stay away from the doors and windows. Crawl under the table or stand against a wall. When you’re out, stay away from buildings or from anything that may fall.  If you’re in a car, don’t get off. Stay inside until the quake stops.  When near the shore, drop, cover, and hold on until the quake stops.

However, if the shaking lasts for more than 20 seconds, get to a high ground.

Drop, Cover and Hold On

During an earthquake, it’s important to drop, cover, and hold on, which increases your chance for survival. Simply drop onto your hands and knees; cover your neck and head; and hold on to your shelter until the quake stops. By doing this, you will be able to move if necessary to protect you from falling objects.

Things You Shouldn’t Do

While knowing what you should you in an earthquake, it’s also important to know what to avoid.  For one, you shouldn’t run outside or to other rooms while the ground is shaking. Do not move as much as possible. If you’re in a building, don’t use the elevator because it may get stuck.  If you’re trapped in a room, don’t use candles, matches, or any flames.

Just because the shaking stops it doesn’t mean you’re already safe.  Earthquakes have aftershocks. After an earthquake, check yourself and others for injuries.  If there’s anyone injured, provide the person first aid.

Check gas, water, and electric lines for damages.  Keep away from damaged buildings and neigborhoods.

Listen to news on the radio.

Lastly, don’t go near the beach because an aftershock could create a tsunami.

Why 35 is the Ideal Age to Buy a House

Five Ways To Survive An Earthquake 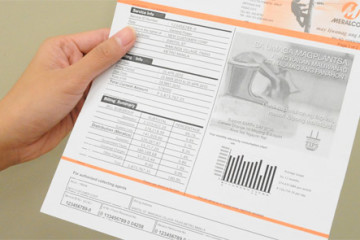