It Could’ve Been Perfect for Your Room: Juan Luna Painting Sold for P46.8M

Manila, Philippines—19th-century Filipino painter Juan Luna’s 1885 long-lost art masterpiece “A Do… Va La Nave?” (oil on canvas, 21½” x 41”), whose previous owner, an Argentinean, who inherited the piece from her grandmother, Maria Alberta Esther Susana Pignocchi-Bonaldi, and recently showed up— hand carrying the painting— at Salcedo Auctions, was sold for P46.8 million at Rockwell Tent over the weekend.

Auctioned off to an unnamed private collector, the painting was, in fact, sold for P34.8 million more than its previously appraised value at P12 million.

“A Do… Va La Nave?” was painted by Luna a year after his most well-known masterpiece, “Spoliarium” (oil on canvas, 166” x 302”), won the gold medal at the Exposición Nacional de Bellas Artes in Madrid.

“Until its discovery, the existence of the piece was recorded only in a reproduction in a Barcelona literary journal from 1886,” Ramon Lerma, Salcedo Auctions cofounder, told Philippine Daily Inquirer. “The painting shows seven elegantly dressed women on a boat, a young soldier,  and an older man sketching.

It Could’ve Been Perfect for Your Room: Juan Luna Painting Sold for P46.8M 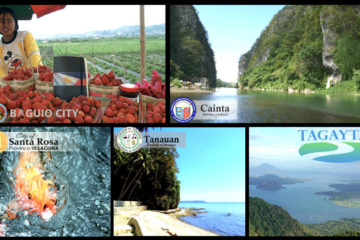