Biñan, Laguna—Global-Estate Resorts Inc. (GERI), an affiliated company of property developer Megaworld, has just announced in a statement that three of its 12-story residential towers at Holland Park, the first condominium cluster in the 561-hecatare mixed-use township Southwoods City, were sold out within nine months after launching the project in January.

Due to the high demand from homeseekers and property investors, GERI has started pre-selling a fourth residential tower at Holland Park.

“Holland Park has been selling fast because clients and investors have seen the huge potential of Southwoods City as the south’s next central business district that is so close to Manila,” says Rachelle Peñaflorida, vice president for sales and marketing. “On top of this, they have seen the growing community surrounded by its own golf course, which is distinct to Southwoods City.”

Besides the golf course designed by legendary golfer Jack Nicklaus, Holland Park’s amenities also include adult and kiddie pools with a submerged pool lounge and a cabana; a pavilion and a canopy; an adult’s game room, children’s play area, and a day care center; and a fitness gym.

It is also strategically located near the soon-to-rise Southwoods Mall and cyberpark within the Southwoods City community, which is accessible via the South Luzon Expressway.

Megaworld, through GRE, has allocated P10 billion to develop the mixed-use township. 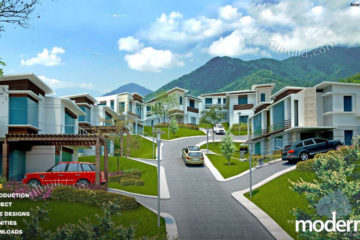