The new mall, located along the intersection of Samson Road and A. Mabini Street, boasts a gross floor area of 38,622 square meters. It is SM Prime’s 55th mall in the Philippines (It has six in China).

“SM Center Sangandaan reflects SM Prime’s commitment to be part of the growth across communities. We are very pleased to open our first mall in Caloocan City, which is a testament to the fact that Metro Manila is far from being saturated by modern retail facilities,” SM Prime President Hans Sy said in a disclosure to the Philippine Stock Exchange.

In a separate disclosure, Caloocan City Mayor Oscar Malapitan said, “70 percent of the employees of the new SM Mall are from Caloocan City, as agreed upon in a memorandum signed by representatives of SM and the city government of Caloocan.”

SM Center Sangandaan has three levels of prime spaces; it also has four cinemas with a total seating capacity of 824 and 493 parking slots.

Its interior, on the other hand, features a high glass ceiling, complemented with white walls, which maximizes daylight and adds further depth to the commercial property.

Brokers/Agents: Create Your Own Microsite For Only P3,999 per year 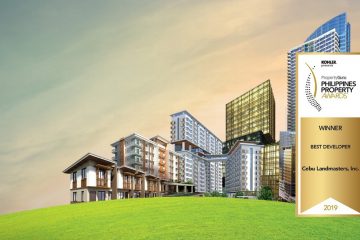