What Were the Top Searched Philippine Properties in 2015?

Manila, Philippines—Despite the slow economic growth, at 5.2%, in the first quarter of 2015, it’s good to know that the economy recovered to 5.6% in the second quarter.

In the residential property market, it was also off to a slow start in 2015; licenses released by the Housing and Land Use Regulatory Board (HLURB) in the first quarter were only half the volume during the same period in 2014. Issued licenses only rose up to 2% increase in the second quarter.

In addition, due to the Bangko Sentral ng Pilipinas’ (BSP) lending restrictions, the lending demand decreased throughout last year.

Boosted by lower vacancies, residential and office space rentals, on the other hand, grew faster than houses for sale. Furthermore, issued licenses for more affordable housing were  on the rise. To meet the demand the faster time, homebuyers searched for various properties that best suit their needs online.

On the online property search portal PropertyAsia.ph alone, over 600,000 home sellers and homebuyers searched different properties on the website last year.  To give you an idea of what people were looking for, we’ve listed down what types of real properties—their strategic locations and common amenities—most homebuyers were on the hunt for in 2015!

Quezon City, one of the most progressive cities in Metro Manila, is home to a lot of business establishments such as media giants ABS-CBN and GMA Network and a plethora of Business Processing Outsourcing (BPO) offices.

Studio type and one bedroom condo units for sale or rent, which feature amenities such as children’s playground, fitness gym, jogging paths, parking spaces, and swimming pool, are the most searched on PropertyAsia.ph. Rental deals start at P8,000/month.

Besides the convenience of the location of Valenzuela City, homebuyers also choose condos in this neighborhood that have 24-hour security, children’s playground, jogging paths, swimming pool, and pocket gardens.

Office workers who live far from but work in Ortigas Center, Pasig City often choose to rent apartments or condo units with one bedroom and bathroom. Rental rates start at P6,500/month.

The same holds true for office workers who live far from but work in Makati City, the financial capital of the Philippines.  However, in Makati City, parking space is an important consideration.

Near the airports in Manila, Pasay City offers a wide variety of jobs, where office workers would rather rent apartments or condo units than live too far away.  Proximity to public transportation such as the MRT and LRT and SM Mall of Asia is preferred. Rental deals start at P14,000/month.

The emerging community of Santa Rosa, Laguna has increased its demand for rental properties (houses with several bedrooms) because of the growing business opportunities in locations occupied by various BPO companies, Coca-Cola, theme park the Enchanted Kingdom, and  Ayala Malls, among others. Rental rates start at P13,000/month.

Santa Rosa is a passageway to nearby Tagaytay City and Batangas City.  It is also about an hour away from Manila.

A highly urbanized city, Mandaue in Cebu, promises a “peaceful community,” which is very appealing to prospective homebuyers.

Mandaue’s luxurious yet affordable condo units were the most searched keywords for this neighborhood last year.

With the stunning beauty of Cagayan de Oro, the gateway to Northern Mindanao, it’s no wonder why the most adventurous home seekers want to stay in this place.

Additionally, the Kagay-anons, the natives of Cagayan de Oro, are peace-loving and very welcoming.

The Philippines, Vietnam Cited as Top Real Estate Players in 2015

What’s in Store For You in the Year of the Red Fire Monkey?

What Were the Top Searched Philippine Properties in 2015? 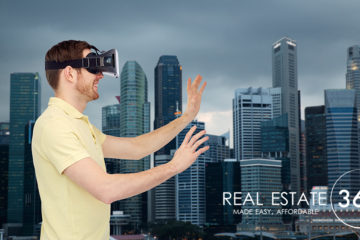