Writer Alexandra Talty (@TheMiddleOfTime) wrote, “The Philippines has long been overlooked as a south-east Asia travel destination, but it’s now starting to attract the attention it deserves.

“Most people, however, get straight out of congested, polluted and noisy Manila as soon as possible. The problem is they’re wrong! Manila, in particular, Metro Manila and surrounding area, has a huge amount to offer, both in and out of the city.”

The writer singled out the walled city of Intramuros, the original city of Manila, and Corregidor, The Rock, a former World War II fortress, as the places to visit when in town.

If you’re looking for a budget accommodation in Manila, check out this two-bedroom condominium unit for rent at Malate Adriatico Grand Residences or this studio unit for rent at Birch Tower Condominium, also in Malate. 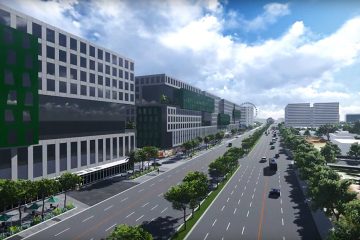