Manila, Philippines—Office towers that redefine the city skyline are once again making a comeback. These towers are most prominent in emerging business districts such as the Filinvest City in Alabang.

Among the first of these buildings in Alabang will be the Parkway Corporate Center, a slim and sleek 32-story tower, which marked its first concrete pouring last month.

Less than a kilometer from the Filinvest exit of the South Luzon Expressway, Parkway Corporate Center will set the tone at least for the next decade for this expanding business district, according to Catherine Ilagan, Filinvest EVP.

The 244-hectare business district is currently experiencing a growth spurt following an enhancement of its master plan; a market relaunch in 2012, and the construction of a number of projects such as a hotel, activities tent, and residential and office developments. The latter includes the expansion of the Festival Mall with the addition of foreign brands, retail, and dining outlets in a new area.

Ilagan said the Parkway Corporate Center will not only reflect the new dynamism of Filinvest City but will also serve as corporate offices for entrepreneurs and professionals fuelling the growth of the community, alongside BPOs and multinational companies.

At night, the building’s height and crown will look more dramatic via a special lighting. In the ground floor lobby, high ceilings and stone walls and floors will likewise capture a global, cosmopolitan vibe. Countertops in wood will provide a focal point while providing warmth to the area.

An untypical structure when viewed from the outside, its interior spaces will be efficient and highly functional.

Many units of the building will have views of the River Park, the surrounding greenery, and the clear skies of Southern Metro Manila.  Occupants will also have access to a podium deck garden, which will allow more expansive vistas. (Press Release)

Video: 10 Things We Do When We’re Home Alone, But Will Never Admit

Chill Out, Feel the Love at Luljetta’s Hanging Gardens and Spa

Vote For PropertyAsia ‘Condo of the Week’ 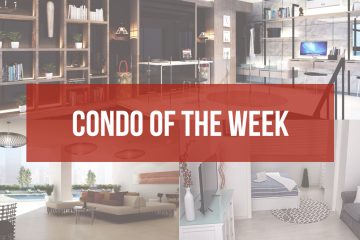