The Manila City Hall was originally designed to look like the shield of the Knights Templar, which signifies that the Philippines has been under the care and protection of the Roman Catholic Church.

From 1912 to 1967, the historical 18 story Manila Hotel was the tallest building in the metropolis. Built in 1912, the hotel, which has 570 rooms, also holds the record of being the oldest premier hotel in the Philippines.

From 1935 to 1941, American Five-Star General Douglas MacArthur, who served as the military advisor to the Commonwealth Government of the Philippines, made Manila Hotel his home.  He lived in a penthouse suite on the fifth floor of the hotel, which was specially designed for him.

Unfortunately, the maintenance cost of the penthouse suite drained the hotel’s operating budget.  To settle the problem, General MacArthur was given the honorary title of “General Manager.” Although he was considered a very important person, the military leader ignored his status and still took charge of the hotel management.

Who would have thought that these places, where tall buildings, condominiums, and malls are located, actually have secret tunnels underneath them?

It was in January 2011 when a crew of Manila Water discovered an underground tunnel—wide enough to fit a truck—along Guadalupe-EDSA.

Meanwhile, there’s a 2.24 km long underground tunnel in Bonifacio Global City (BGC), which is located near Megaworld BGC Properties; the tunnel is four meters wide and has four entrances.

Some people say that it was General Douglas MacArthur who ordered the construction of those tunnels, which served as bomb shelters during the Second World War.

Together with the Remedios Circle and Harrison Plaza in Malate, the Espiritu Santo Parish Church in Santa Cruz also used to be a cemetery.

After the Second World War, the remains of the dead were transferred to the South Cemetery in Makati.

Established in 1594, The Chinatown in Binondo was the center of commerce and a permanent settlement of Chinese immigrants who were called sangleys, an archaic term that classifies a person of pure Chinese ancestry during the Spanish Colonial Period in the Philippines.

The Malacañang Palace, the official residence of the President of the Philippines, was named after a Tagalog saying, “May Lakan Diyan,” which means “a rich man lives there.” However, the Spaniards claimed that the name came from “mama lakaya,” which means “the fishermen who laid their catch there.”

The Manila Day, which the Manileños celebrate every 24th of June, originally commemorated the foundation of the Spanish Colonial Period’s Manila, which was restricted to the neighborhoods enclosed within the walled city of Intramuros.

The Las Pinas–Paranaque Critical Habitat and Ecotourism Area (LPPCHEA), which goes by the nickname Freedom Island, serves as a protected area for endemic and migratory birds.  This 175-hectare sanctuary island has mangrove trees, mudflats, and beaches, which serve as roosts and feeding and nesting grounds for these endangered animals.

Before the arrival of the Spanish colonizers in the 16th century, the site of the present-day City of Manila was known as Fort Seludong, or Maynila, one of the vassal polities of the Bruneian Empire that ruled the area. 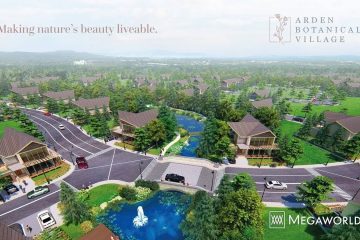