The REEs accounted for 23.7 percent of the banks’ total loan portfolio (TLP) during the period, slightly lower than the 24.1 percent posted end of September 2015.  Real estate loans (RELs) and investments in real estate (RE) securities as a percentage to TLP stood at 20.4 percent and 3.3 percent, respectively, by the end of last year.

The end-2015 REE is 5.9 percent higher than that posted by the banks a quarter earlier.  The rise is attributed to the banks’ real estate loans, which grew by 60 percent to P1.3 trillion quarter-on-quarter. RELs comprised 86.2 percent of REEs by the end of 2015.

The banks’ investments in RE securities expanded by 5.1 percent quarter-on-quarter to P209.7 billion by the end of last year.  The banks’ exposure to RE securities accounted for 13.8 percent of REEs during the period.

BSP monitors the REEs of U/KBs and TBs as part of its broader role in assessing the quality of bank exposures to the different sectors of the economy. Maintaining high loan quality is essential to the promotion of financial stability, which is one of the key policy objectives of BSP. (Press Release)

How Can the Presidentiables’ Platforms Have an Impact on Philippine Real Estate?

Construction of The Glaston Tower at Ortigas East Begins 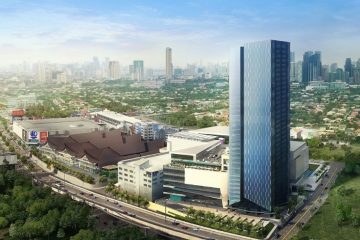