Davao City, Philippines—Property giant Megaworld announced on Tuesday, May 31, that it will build two more office towers, in addition to its Davao Finance Center, in the 11-hectare township Davao Park District in Lanang, Davao City.

The planned two towers, the 10-story One Republic Plaza, and six-story Emperador House, will provide an additional 30,000 sqm of office spaces, which should total to around 50,000 sqm of leasable area in the burgeoning business district.

“This is just the start of our expansion of office offerings. Being one of the top BPO destinations in the country, we see an upward tick in the demand for office spaces in Davao City in the next three years.  Megaworld is committed to this demand so companies will not think twice of locating here,” said Senior Vice President Jericho Go in a statement.

“We will certainly bring first-time, new locators to Davao City. That’s the same thing that we’re doing to other cities such as Iloilo and Lapu-Lapu City in Cebu.  There are so many skilled talents for the BPO sector here, and we’re sure about Davao City being a hot pick for location.”

Megaworld is one of the country’s biggest lessors of office spaces, with an inventory of around 800,000 sqm across the country. 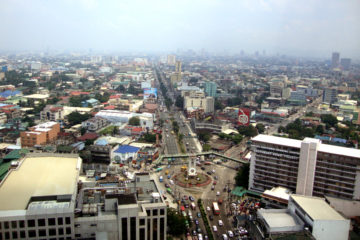