Living in a place close to nature is both relaxing and peaceful.  However, it will sometimes require you to give up convenient living because there are places close to nature that lack access to the modern man’s basic needs such as electricity and the Internet.  Fortunately, in the Philippines, there are places close to greeneries, which also have access to the Internet and a myriad of infrastructures.

Here are some of them:

Popularly known as The Lion City of the South, Santa Rosa is blessed with lots of greeneries.  There are trees and plants everywhere, which give off fresh air and soothing temperature.

Its lovely view of nature is also overwhelming; the place is also jam-packed with establishments and infrastructures, including at least 10 shopping malls, nine hospitals, and countless entertainment spots, and easy access to the Internet and satellite TV.

Santa Rosa is famous for its amusement park, Enchanted Kingdom, along with Ayala Land’s Nuvali, a commercial, recreational, and residential development where you can do lots of activities such as biking, fish feeding, sightseeing, and bird watching.

Not only its cold climate will make you want to live in Baguio City, but also its beautiful nature: towering pine trees, astounding hills, and a beautiful sunset.

Apart from being close to nature, you will also love its proximity to different establishments such as shopping malls, restaurants, supermarkets, retail shops, bars, cinemas, and hotels. Finding a job is also likely in the city because there are lots of firms and industries, such as Business Process Outsourcing (BPO) companies, operating here.

Tagaytay City is another favorite destination for both local and foreign tourists because of its proximity to Manila.  Just like Baguio City, it also has a cool climate.

With its iconic view of the Taal Lake, one will surely love to live in this beautiful, peaceful place.  Tagaytay Highlands, along Tagaytay-Calamba road, is a living proof of how much the city has preserved the charm and wonders of nature in this highly urbanized place.

Though Cainta, Rizal is close to Metro Manila, the presence of greeneries here makes it a liveable place. Cainta is a highly urbanized municipality and known as the Information Technology (IT) capital of Rizal province.  Its robust economy is apparent from its innumerable establishments such as shopping malls, marketplaces, and business centers. Cainta has access to 4G mobile technology, broadband connection, and cable TV. 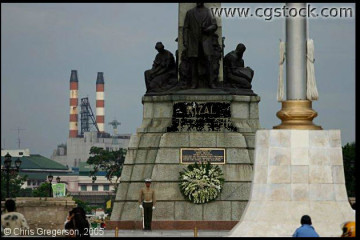