Like in most of the events organized by Deca Homes, it’s all about the family. It was noticeable that groups of families and barkadas came in droves; the arena was almost filled up with an enthusiastic crowd. 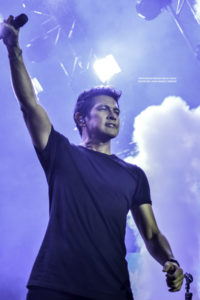 Jesus B. Atencio, 8990 Holdings president, CEO, and director said, “We didn’t scrimp on the production values of this concert.  We’re holding this event to celebrate with all our homeowners and future homeowners, and various industry partners for supporting us over the last 13 years.”

“The mass housing projects of Deca Homes and 8990 Holdings, such as Deca Clark Resorts and Residences, Deca Homes Mactan, and Deca Homes Resort and Residences Davao, are mostly located regionally.  However, starting this year and next year, we’re bringing our very affordable, quality projects to the National Capital Region (NCR),” he added.

Tying up with the event’s theme, emcees Justin Quirino and Nicole Asensio described “Future Perfect” as every Filipino family’s ultimate dream, where “lahat ng pangarap mo ay maaring makamit kung ito ay paghihirapan” (all of your dreams can come true if you work hard for it).

Millennial pop artist Sam Concepcion warmed up the crowd singing his own hits “No Limitations” and “Dati,” together with Internet sensation Katrina Velarde aka “Suklay Girl.” Concepcion also sang a cover version of Canadian pop superstar Justin Bieber’s “Love Yourself.”

However, it was legendary singer-songwriter Gary Valenciano or Mr. Pure Energy–unstoppable at age 52–who brought the house down with
his trademark rousing performance.  The crowd immensely enjoyed Valenciano’s most popular ballads “I Will Be Here” and “A Warrior is a Child” as well has his timeless dance hits “Eto Na Naman,” “Shout For Joy,” and “Hataw Na.” The crowd also stood up and danced to the rearranged, millennial-friendly versions of his ‘80s hits “Shake It Off,” “What More Can I Say,” and “You Got Me Working” 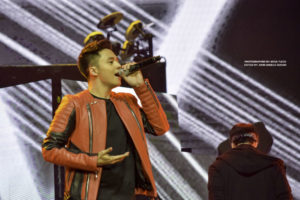 A family affair indeed: One of the most touching moments of the concert, directed by Valenciano’s son Paolo, was Mr. Pure Energy’s duet with his teenage daughter, Kiana Valenciano. They sang a duet version of “Sana Maulit Mulit” whose lyrics were written by Valenciano’s wife, Angeli Pangilinan-Valenciano.

Would You Survive The Road to The Haunted House? PLAY NOW!

Vote For PropertyAsia ‘House of The Week’

Longest, Most Attended Good Friday Processions in the Philippines 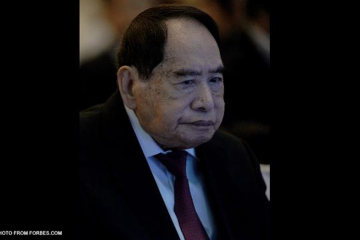