The widely shared Christmas video “KIKO, The Story of the First Parol,” produced by real estate search portal PropertyAsia.ph, is a gentle reminder that Christ is the true light of Christmas. It also serves as a tribute to Francisco Estanislao, a native of Pampanga who made the first parol (Philippine Christmas lantern) a little over a century ago.

In the short video, a seven-year-old boy, named Kiko, is seen carrying a candlelit lantern, which illuminates the dark path leading to the town’s church and attracts the parishioners to join a solemn procession. You’ve probably been wondering who was the kid actor who portrayed the role of Kiko? Ponder no more: the charming young actor is Santino Juan Santiago.

Born on July 4, 2009, Santino, a namesake of television actor Zaijan Jaranilla’s character in the popular soap “May Bukas Pa” (2009-2010), is a Grade 2 student who has received a full scholarship at Saint John The Baptist Catholic School in San Juan, Manila.  He was the class valedictorian during prep school; he was an honor student in Grade 1.  Besides his recent academic achievements, he’s also actively participating in various school activities such as storytelling contests and math quiz bees, where he won the top prize.

As a theater actor, Santino’s professional theater debut was in the Aliw Awards’ Best Musical Play of 2016 “Katips: Mga Bagong Katipunero,” produced by Philippine Stagers Foundation.  Besides acting on stage, he also sings, dances, and plays the keyboard, which thrilled the audience when he joined the recurring “SM Little Stars” talent contest.

Santino is one cheerful kid who never gets tired in reaching for his dreams. His family, especially his mom, Rowena, has always been there to support him. In fact, his mom always keeps an eye on him whenever he has auditions and acting stints. One of his dreams is to build a house for his parents and siblings, which is quite surprising coming from a child at a young age.

During the entire duration of the video shoot for “KIKO,” he was very dedicated, and undoubtedly the friendliest and most professional actor on the film set. Just like Kiko, Santino is a beam of light that brightens up any room; he’s also a beam of inspiration to other kids his age.

Post-“KIKO,” Santino has snagged the coveted role of sacristan Crispin in the 60th-anniversary production of Philippine National Artists Felipe de Leon and Guillermo Tolentino’s “Noli Me Tangere, The Opera.” The show will run six performances only at the Cultural Center of the Philippines from January 28 to February 3, 2017.

How to Spend Christmas in Your New Home 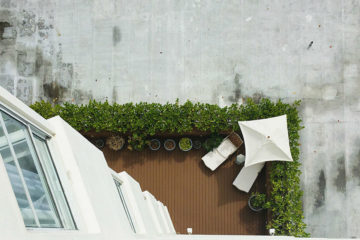