In the 1830s, the faithful commonly held a religious procession called the lubenas, which featured fish-shaped lanterns named asan, along with a cross-shaped lantern and 12 others, which represented Jesus Christ and his 12 disciples.

Later on, in 1908, Francisco Estanislao, a salt vendor from Bacolor, Pampanga, created a big Christmas lantern, which the townspeople began to call the parol. The word parol came from the Spanish word farol, which means a “lantern.” The parol is also the biblical representation of the bright star that guided the Three Kings to the manger of the baby Jesus.

The early parols were originally star-shaped and made of bamboo sticks and pale colored Japanese or crepe paper; a candle and coconut oil were used to illuminate the lantern.

As time went by, the parol has evolved into stunning lanterns in different colors, shapes, and sizes.

The capiz shell, with its smooth translucent shiny surface, was also used to improve the durability of the parol.

In Pampanga, also known as the “Christmas Capital of the Philippines,” the townspeople celebrate the annual “Giant Lantern Festival,” where the parol is adorned with a lot of small Christmas lights; some even play different music and sounds.

Behind the long history of the parol, there has been a deep purpose or representation on why it’s still around today. Besides symbolizing the birth of Jesus Christ, it also exemplifies the reign of light over darkness, the true spirit of Christmas, and the trademark ingenuity of the Filipino people.

WATCH: KIKO, The Story of the First Parol!

Photos: Behind the Scenes of KIKO, Story of the First Parol 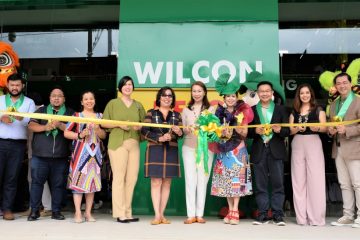