“We’re expanding aggressively. We will be tripling our size in three years. By 2020, we will have at least 3.2 million in gross leasable area for Ayala Malls,” AC Legarda, senior division manager of ALI’s commercial business group, said in an interview.

The company targets to launch 11 new shopping malls next year, bringing a total expected gross leasable area by the end of 2018 at 2 million square meters. This expansion includes Bacolod, Cebu, Makati, and Bay Area in Paranaque.

“The economy is ready, we’re very ripe, we’re in our sweetest spot now. All the other brands would like to come in, the numbers are doing very well. And we see the market growing, so we would like to grow with the market,” she added. 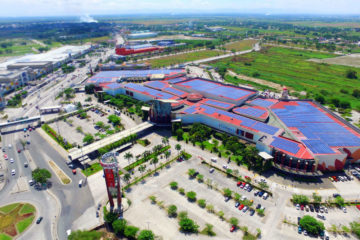