One of the many traditions of Filipino Catholics during Holy Week is going on a religious expedition or visiting sacred places that have significance over their moral and spiritual beliefs. This journey is commonly known as a pilgrimage. This keeps the people’s faith alive despite the challenges in life.

Holy Week is coming, have you planned your holiday yet? If not, here are some of the pilgrimage sites you should visit.

Our Lady of Manaoag in Pangasinan

For Roman Catholics here in the Philippines, Our Lady of the Rosary of Manaoag in Manaoag, Pangasinan is a favorite pilgrimage site and is called the pilgrim center of the North. Every Saturday and Sunday, thousands of people converge on the town to attend the holy mass, pray the rosary, offer flower, and light candles. The center of devotion is the Lady of the Holy Rosary, a 17th-century-old ivory image, which is enshrined at the altar of the church, is said to possess miraculous powers. Many people come from far provinces longing for healing prayers and intentions in life. People who visit the church experience the feeling of calm and overwhelming peace.

To reach Our Lady of Manaoag, there are bus terminals along EDSA, Cubao, and Quezon City that will take you directly to Manaoag Church. The trip will take four hours or more.

Regina RICA (Rosarii Institute for Contemplation in Asia) is 13.5 hectares of Tanay, Rizal’s Holy grounds managed by the Dominican sisters, which is located along Marcos Highway at Sitio Aguho, Sampaloc, Tanay, Rizal. At the top of the Hill, which they call El Shaddai Hills, you will see the towering 71-foot-high statue of Blessed Virgin Mary carrying the young Jesus in her left arm. Inside the statue is a place they called SULOD, a sanctuary of universal love and devotion where you can pause for a prayer. To reach the Our Lady statue on the top of the hill, you can either tread on Mary’s sacred trail, which consists of 308 steps; this trail has 13 candle stations where you can offer a candle or follow the Way of the Cross, which has 15 stations.

Take note that during the Lenten Season the place can get quite crowded with the parking area full of cars.

From Crossing or Shaw Boulevard, take a van or jeepney bound to Tanay, Rizal and tell the driver to drop you off at Sampaloc Jeep Terminal near the Sampaloc Market. From Sampaloc Market, take a tricycle going to Regina RICA in Sitio Aguho. Regina is open from 8 am to 5:30 pm every day except Tuesday.

The Grotto of Our Lady of Lourdes in Bulacan

It is a famous religious and ecological attraction located in Graceville, San Jose del Monte City, Bulacan. The shrine is a replica of the Our Lady of Lourdes grotto in France and features a Calvary Hill of life-size statues, which represent the suffering and death of Jesus Christ and a Rosary Hill that has 155 giant concrete beads.

Thousands of pilgrims and devotees have been visiting the shrine, especially during the Lenten season to offer candles and flowers, to give thanks for their answered prayers and meditate in front of the Stations of the Cross. Beneath the grotto, there is miraculous spring water that was believed to have cured the property’s owner of cancer.

To reach the Grotto of Our Lady of Lourdes, you need to go in SM City Fairview; from there, you can ride a jeep with a signboard GROTTO and it will pass the place.

Simala Church is known for its castle-like structure. It is located at Marian Hills in Sibonga, Cebu and built in 1998 by the Pampanga’s Marian monks. This picturesque shrine was once an ordinary church until a miraculous event occurred: the image of the Blessed Mary shed tears. Since then, the shrine is believed to be a sacred, miraculous, and solemn pilgrimage site. Countless devotees come every 13th of the month to attend the mass at 10 a.m. and 3 p.m. or during weekends.

Since it is a holy place for prayers, the candles that are bought and lighted at the pilgrimage site have different colors, each color represents different corresponding prayers.

From Cebu City, you have to take a bus from the South Bus Terminal and ride a Ceres Bus going to Sibonga. Inform the bus driver that you are heading to Simala Church. As you reach the stop point of the church, you will need to take a motorcycle ride to bring you to the sanctuary.

As one of the most popular pilgrimage destinations in Luzon, Kamay ni Hesus Shrine is a 50-feet statue of Jesus Christ with his arm wide open found on the top of a hill, making it the world’s third tallest Risen Christ Statue. It is a must-visit site located on the slopes of Mount Banahaw in Lucban, Quezon. It is patronized by faith healers and certain sects that believe in the power that the mountain gives them.  The pilgrims who want to get close to the statue have to walk up the 300-plus man-made concrete steps, which they call the “stairway to heaven.” Along the way to the peak, you will see the life-size sculptures of the 15 Stations of the Cross and some scenes from the Holy Bible, such as the Last Supper and Noah’s Ark. The shrine is also known for its healing mass headed by the healing priest Rev. Fr. Joey Ayala Faller.

Banal Na Bunduk Dalan Ning Krus is nestled on the hill of Orchard Village in Magalang, Pampanga. This pilgrimage site has life-size concrete statues depicting the 15 Stations of the Cross. Its location is at the base of Mount Arayat, which is considered a mystical mountain. Each station is spread along the mountain path and visitors get to go uphill to every station. Devotees who seek to pray and to sacrifice consider this destination.

To get there from EDSA-Cubao via public transportation, take an Olongapo-bound bus and get off at SM San Fernando. After that, you’ll need to take a jeep going to Magalang. From the Magalang Terminal, ride a tricycle to the foot of Mount Arayat at Barangay Ayala.

Mount Humarap in Paete, Laguna is famous because of its Tatlong Krus  (Three Crosses), which are located at the highest point of the mountain.  The Three Crosses were originally made of wood, now concrete (since Paete is the wood carving capital of the Philippines). The place will reward you with its stunning views, and during Holy Week, hundreds of people take a two-hour hike to reach the place. It’s a hill overlooking the whole town of Paete with a refreshing Matabungka falls along the side where you can pause to rest and drink natural mineral water before you reach the peak of the mountain. This is one of the favorite destinations of the Catholic devotees in the area to pray and reflect.

To get there via public transportation from Cubao, take a Sta. Cruz, Laguna-bound bus. From Santa Cruz, ride a jeep going to Paete, from Paete, ride a tricycle going to Mount Humarap. The travel will take three hours more or less.

Get More Leads With Our BER-Months Deals! 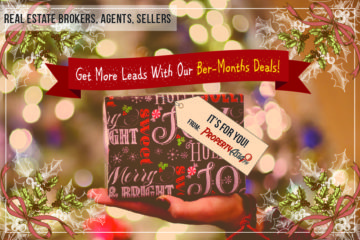