Take a Peek at Some Local Celebrities’ Collections at Home

Yexel Sebastian has been collecting toys since 1989. He has over 10,000 toys and 300 life size statues; he also owns the largest Optimus Prime bust in Asia.  Interestingly, he has three museums affixed to his name such as the Yexel’s Toy Museum in Las Pinas City, Yexel’s Toy Recast Collection in Pasay City, and Amazing Stories of Yexel’s Museum at the Manila Ocean Park.

Instead of buying souvenirs such as keychains or magnets, Anne Curtis-Smith is different: she buys espresso cups from her travels, which bring her joy.  For Anne, there’s nothing a cup of coffee won’t fix.

Touchdown Philippines. Back to work today! Starting my first day in Manila for 2017 with the newest addition to my Espresso Cup collection from my trips. Welcome to the family Mr. Koala ? See you on Showtime in a bit Madlang People! #AnnEspressoCupCollection

Despite having a kid, Chito Miranda did not stop from collecting toys and knives, which he keeps in his man cave at home. On his recent birthday celebration, his band mates gave him a He-man and Battlecat action figures, which he really wanted.

Thank you @uglyskull8381 for making and sending me this beautiful pocket cleaver for my birthday. Sobrang solid ka talaga!!!

Since Michael V was a kid, he became fascinated with toys; he used to make makeshift toys from his rubber slippers.

One of his childhood dreams was to own a Voltes V “Volt Cruiser” action figure, which he recently acquired. When he posted the toy on Instagram, he even affixed a witty caption.

As a kid, I never really got what I want. I’m fortunate enough to get what I “need” but when I want something really bad like the old Voltes V robot, there’s always a zero chance of getting it. But it’s understandable. We were poor. I don’t blame anybody, especially my parents, for that. And to be fair, all of us in the family didn’t always get what we wanted. I learned the virtue of patience and to want waaay less so as not to get disappointed. But in the end, as they say, good things DO come to those who wait. #Bandai #SOCgx31V

Heart Evangelista has a fondness for designer bags. Rumor has it that she even bought the most expensive Birkin bag, which she vehemently denied.

As a small business venture, she makes artisanal bags that feature her painted artworks.

A fan of superheroes, Gerald would like to get his hands on the Nike Air “ Ironman” Custom.

Take a Peek at Some Local Celebrities’ Collections at Home 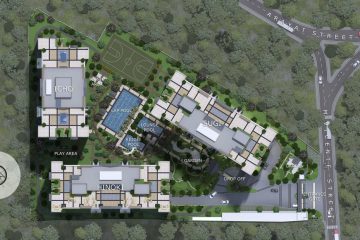