“We believe that the emergence of millennial workers, who account for about 40% of the country’s labor force and are primarily employed in BPOs, will sustain the demand for the integrated live-work-play environment,” said Joey Roi Bondoc, research manager.

“The concept of building offices, condominiums, malls, schools, and hospitals within one community satisfies the millennials’ demand for greater mobility and convenience,” Bondoc added.

In the report, Colliers cited the planned construction of a bridge over Marikina River that will connect two parcels of land in Pasig City and Quezon City owned by Ayala Land and Eton Properties, respectively. The properties cover the planned 35-hectare mixed-use estate along the C-5 corridor that will be developed by two of the largest property developers in the country.

What Are The Tallest Residential Buildings in the Philippines? 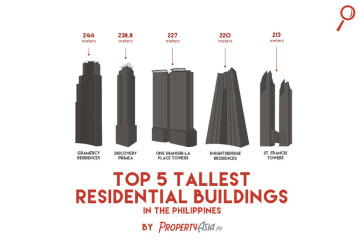