Rediscover the Most Iconic Structures in the Philippines

Manila, Philippines–Behind those captivating skylines are magnificent architectural structures. Over the years, Filipino architects and builders have successfully contributed to the enhancement of the Philippines’ landscape, either through man-made structures that have been part of our rich history or edifices that have been built only recently. These postcard-worthy structures define our country and deserve a slot in our shortlist of the most iconic in the Philippines!

Find out which landmark structures made the cut!

Intramuros is known as the “Walled City,” an enclosed neighborhood within the modern city of Manila. Declared a historical monument in 1951, Intramuros houses many historically,  culturally-significant structures such as the Manila Cathedral, the seat of the Roman Catholic Archdiocese of Manila, and Fort Santiago, a defense fortress and popular tourist destination.

As the head office of the Philippine Postal Corporation, it accommodates the country’s foremost mail sorting/distribution operations. Designed by Juan Arellano and Tomas Mapua, the neoclassical post office was built 1926. Severely damaged during the Second World War, it was rebuilt in 1946.

One of the biggest indoor arenas in the Philippines, the Mall of Asia Arena in Pasay City was originally intended for concerts and basketball games. However, with its simple, minimalist interiors, the venue could also be reconfigured for boxing, theater, fashion, and ice-skating events. Noticeably, the arena has an eye-shaped façade, which symbolizes its mission of bringing “feast for the eyes” productions to the Filipino audience.

With a maximum capacity of 55,000 people, the Philippine Arena in Bulacan is considered to be the world’s biggest indoor arena. Designed by a Kansas-based architectural firm, its modern, single-sided bowl design allows the venue to separate its upper decks from the lower decks through the use of some specially-designed curtains.

Cultural Center of the Philippines

The Cultural Central of the Philippines (CCP), situated in the 88-hectare CCP complex, is designed by National Artist for Architecture Leandro Locsin.  It’s the country’s premier arts institution, which develops and promotes Philippine arts and culture.

A collaborative work between architects Carlos Arguelles and Welton Becket, the Philam Life Building, along U.N. Avenue in Manila, was built in 1961. It boasts reinforced concrete block structures made of brise-soleil aluminum, which helps to shut out direct or excessive sunlight to enter the building.

Designed by architects Francisco Bobby Manosa and Ildefonso Santos, the San Miguel Corporation headquarters in Ortigas Center looks uncannily like the ancient pyramids. Its ground floor has the largest floor area, while higher floors are narrower.

The University of Santo Tomas (UST) Main Building is standing tall and proud in front of Plaza Mayor, a rectangular building–86 meters long and 74 meters wide–designed by Fr. Roque Ruaño, a priest and engineer.  The structure is the first earthquake- resistant building constructed in the Philippines.

Inspired by the pyramids of Egypt, the National Arts Center in Los Baños, Laguna was designed by National Artist for Architecture Leandro Locsin, It has an open-air performance venue, the Tanhalang Maria Makiling, equipped with state-of-the-art sound and lighting resources for music, theater, or dance performances. The facility is co-managed by the Philippine High School for the Arts and the CCP.

The first world-class science museum in the Philippines, The Mind Museum in Taguig City was designed by Architect Ed Calma.  To avoid direct sunlight and extreme heat, the structure was designed with curved down and slanted walls; the roof is also covered by vegetation for added insulation against the heat. To help illuminate the facility, the museum uses built-in solar-assisted air conditioners.

SM Aura Premier, an upscale shopping mall in Taguig City, was designed by EDGE Interior Designers and Arquitectonica. The building, which consists of a mall and an office tower, has a total floor area of 249,861 sqm. Its name was derived by combining two elements of the periodic table: Gold or Au, and Radium or Ra.

Cebu Landmasters Books P2.87B Reservation Sales in First Half of 2017

Rediscover the Most Iconic Structures in the Philippines

Megaworld, Golden-Estate Resorts To Develop a Sustainable Township in Cavite 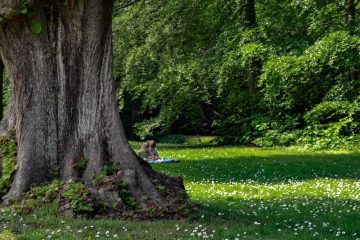