Awe-Inspiring Natural Wonders Only Found in The Philippines

The Philippine archipelago, which has 7,641 islands, is abundant in natural resources and incomparable landscapes.

Some of the Philippines’ natural wonders are listed below:

These geological formations, one of the country’s flagship tourist destinations, consist of around 1,260 chocolate brown hills, which are found only in the province of Bohol in Central Visayas.

In June 1988, the Chocolate Hills were declared the country’s third National Geological Monument by the National Commission on Geological Sciences.

In May 2006, these gorgeously mysterious mounds were officially included in the UNESCO’s list of world heritage sites because of their outstanding universal value and exceptional natural beauty.

These cone-shaped hills are made of grass-covered limestone that vary in sizes from 30 to 50 to 120 meters high.

The chocolate hills are featured on the back side of the 200 Philippine peso bill.

One of the world’s longest underground river, the Puerto Princesa Subterranean River in Palawan is surrounded by an impressive cave system, which features stunning limestone karst landscapes, an undamaged old-growth forest, and a unique wildlife.

A habitat for biodiversity conservation, which is rich in flora and fauna, made it to the UNESCO World Heritage List in December 1999.

The Puerto Princesa Subterranean River is featured on the back side of the 500 Philippine peso bill.

Believed to be about two million years old, the Hundred Islands National Park, the first national park and one of the protected areas in Alaminos, Pangasinan, boasts of 124 islands and covers a land area of 1,884 hectares. Only three islands have been developed for tourism activities: The Governor’s Island, the Children’s Island, and the Quezon Island, which is the most developed, most visited by tourists.

The Philippine Tourism Authority (PTA) has declared the Hundred Islands National Park a tourist zone and a marine reserve.

Former Philippine President Fidel Ramos has declared the Agusan Marsh Wildlife Sanctuary in Agusan Del Sur a protected area and a wildlife sanctuary.  It’s also included in the Ramsar Convention’s list of wetlands of international importance, which advocates for the wise and sustainable use this marshland.

Its wide expanse of marsh covers an area roughly the size of Metro Manila, which is about 619.57 square kilometers. It contains 15% of the country’s freshwater resources. During the rainy season, its water rises to create large lakes. During the dry season, thousands of birds that come from Japan, China, and Russia fly to the Agusan Marsh to escape the chilly winter winds in Northern Asia.

Measuring 2,500 meters above sea level, the Mayon Volcano in Albay is dubbed as the “volcano with the perfect cone.” Not only can you marvel at its beauty, but you can also trek up its slopes.

One of the most active volcanoes in the country, the Mayon Volcano is the centerpiece of the Albay Biosphere Reserve, declared by UNESCO in 2016. It’s also been a protected landscape since July 1938.

This fierce volcano has recorded at least 50 eruptions in the past 400 years. Its most destructive eruption occurred in February 1814, which destroyed the Cagsawa and Budiao towns and nearby cities and killed over 1,200 people.

The Mayon Volcano is featured on the back side of the 100 Philippine peso bill.

This article first appeared on ExploreIslandsPhilippines.com.

Megaworld to Turn Over 2,300 Residential Units in Fort Bonifacio

Awe-Inspiring Natural Wonders Only Found in The Philippines 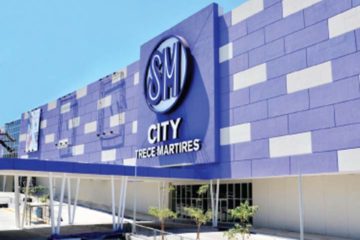