“We’re particularly pleased to offer Quezon City our levels of service, facilities, and amenities now that we are seeing so much economic and social activity in this part of the metropolis,” said Seda Group General Manager Brett Hickley.

Since the hotel opened in April last year, it has been heavily patronized by corporate clients in the Information Technology (IT)-Business Process Management (BPM), infrastructure, manufacturing, and retail sectors according to Mr. Hickley.

The hotel’s ballrooms and function rooms, on the other hand, have also been fully booked during the weekends for debuts, weddings, anniversaries, and other social events.

By next year, there will be 15 Seda hotels across the country, including a resort hotel in Palawan.

WIN A Trip To Baguio This Summer! 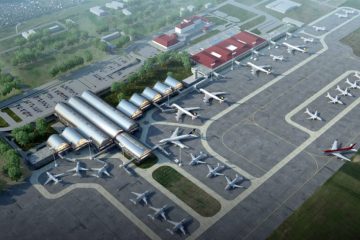