Property developer Cebu Landmasters Inc. (CLI) is on track to meet its P7 billion reservation sales target this year after its sales rose 24 percent in the first three months. From January to March 2018, the listed company sold P2.7 billion of its ongoing developments–reaching already 38 percent of its full-year goal.

“I’m happy to report that CLI is off to a record-breaking start in 2018, recording our highest quarterly reservation sales at P2.7 billion,” said Jose R. Soberano III, CLI CEO.

“This validates that our Visayas and Mindanao expansion has been well-received by the market, and we still see several opportunities to expand in these key VisMin cities,” he added.

MesaVirre Garden Residences’ Building A, with 294 units, sold out one month since its launch, which prompted the opening of Building B with 442 units.

The land of MesaVirre Garden Residences, as well as that of another ongoing development, Casa Mira Coast in Sibulan, Negros Oriental, was purchased using part of the P2.9 billion proceeds raised from the firm’s initial public offering last year.

CLI said its ability to employ capital quickly to purchase land and start development immediately is a testament to its fast-turnaround strategy.

The developer expects sales to remain robust as several big-ticket infrastructure projects in the VisMin region, such as the Terminal 2 of Mactan International Airport and the Bacolod Economic Highway, will provide growth opportunities. 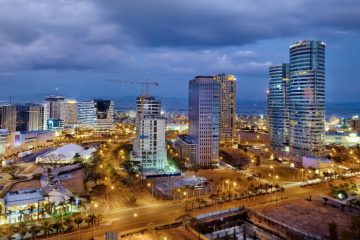