Did you know that some of the Philippines’ oldest churches were made from coral stones?

The fact that the Philippines, together with its neighboring countries in the West Pacific Ocean, Malaysia, Indonesia, Papua New Guinea, Timor Leste, and the Solomon Islands, is located in the Coral Triangle should explain why.

In 1973, The Philippine Government declared the Paoay Church a National Cultural Treasure. In 1993, the church was listed as a UNESCO World Heritage Site for its reinterpretation of the European Baroque architecture by Chinese and Filipino artisans.

Constructed with cut coral stones, the church’s walls are thick and solid. Its architecture has hints of the Romanesque style, with a central rose window, faux columns, arched openings, and six white-painted angel statues that adorn the exterior of the church.

Its original façade had a two-story structure flanked by twin round-shaped pilasters with floral carvings. Its vintage four-story belfry doubled as a watchtower during the Spanish occupation.

The church was reconstructed several times after the Second World War.

Vote For PropertyAsia ‘House of The Week’

Longest, Most Attended Good Friday Processions in the Philippines

Questions to Ponder When Decluttering Your Home 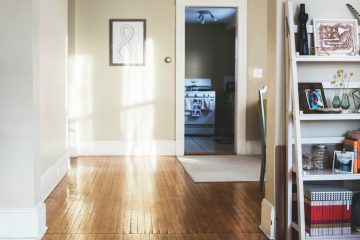