Investing in Philippine real estate is seen to continuously soar in the upcoming years. That’s why property developers are making sure their plans and projects will meet this demand.

Further, the Philippines is one of the fastest growing economies in Asia, and one of the English-speaking nations in the world, which is particularly encouraging to many foreign investors.

Whether you’re investing in residential or commercial properties in the Philippines, the first thing you must consider is the location. Where should you invest next? Below, we’ve listed some of the Philippines’ current real estate hotspots.

250-hectare Quezon City is one of the largest and highly-urbanized cities in Metro Manila. It’s transit-oriented, mixed-used communities, which feature most, if not all, the elements of modern urban living: complete, walkable, and sustainable.

For the investors, Quezon City is a great place to invest in or set up a business because of its strategic location, positive economic potential, and high labor supply.

Check out properties for sale in Quezon City.

A center of trade, Davao City is one of the largest and highly-urbanized cities in Mindanao (Southern Philippines). It’s also known as one of the country’s safest and cleanest megacities.

Owing to the Davao City’s upbeat business climate, the real estate industry in the region has been on an upswing. The cost of doing business here is comparatively cheaper than in the other key cities in Asia. Also, public utilities, local communication, commercial spaces, and hotel accommodations are budget-friendly.

In fact, according to the World Bank Group, Davao City is ranked the second most ideal location for doing business in the Philippines.

Check out properties for sale in Davao City.

Baguio City, known as the City of Pines and the Summer Capital of the Philippines, is a booming tourism hotspot and university town.

Although the prices of real estate here are less expensive, these properties didn’t scrimp on quality, which is good news for the investors. The city also offers a serene environment amid the rapid developments that are going on.

Check out properties for sale in Baguio City.

Makati City is one of the leading financial centers in the Philippines, which makes it one of the most preferred locations of numerous multinational corporations that have established their presence in the country.

With over 60,000 commercial and retail establishments, Makati City is one of the most highly developed cities locally, complete with the urban amenities that home seekers are usually looking for.

Check out properties for sale in Makati City.

A premier industrial hub, Muntinlupa City is Metro Manila’s gateway to Calabarzon (or the provinces of Cavite, Laguna, Batangas, Rizal, and Quezon). The city’s development has been booming that’s why many investors have business interests here such as Filinvest’s Filinvest Corporate City and Ayala Land’s Madrigal Business Park.

Check out properties for sale in Muntinlupa City. 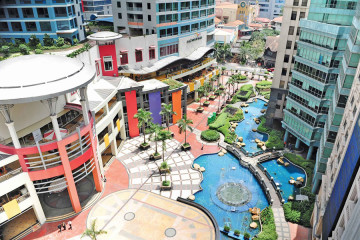