Manila, Philippines—Pag-IBIG Fund reported that it released over P26 billion worth of housing loans in the first five months of 2018, which is 10 percent or over P2.44 billion higher than the loans released during the same period in 2017.

The housing loans helped 32,274 families acquire their own homes. Of these, 33 percent or 10,502 are homes acquired by minimum and low-income earners.

The Housing and Urban Development Coordinating Council Chairperson Eduardo D. del Rosario said that he’s pleased to report that its key shelter agency Pag-IBIG is exerting all efforts to support the call of President Rodrigo Duterte to help uplift the lives of Filipino families through sustainable social development programs, including the provision of decent, yet affordable housing, which also contributes greatly to the BALAI Filipino (Building Adequate, Livable, Affordable and Inclusive Filipino Communities) program of the government’s housing sector.

Del Rosario said that under the current administration, Pag-IBIG has so far financed 155,444 housing units worth P123.8 billion covering the period July 2016 to May 2018. And of these, 31% are for socialized housing, which is subsidized through the Fund’s tax savings.

Pag-IBIG Fund Chief Executive Officer Acmad Rizaldy Moti said that the Fund targets the takeout of 92,259 housing units for 2018, which is worth P71.5 billion of housing loans. Including the housing loan approvals, the number of units will increase to 103,509 units with the value of P81.5 billion. Loan approvals refer to approved housing loan applications but the proceeds are yet to be released pending the submission of post-approval requirements.

Vote For PropertyAsia 'House of The Week' 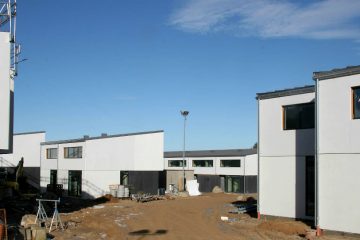