Be Inspired by These Young Celebrities, Now Homeowners

At a young age, these young, (and today’s) in demand Pinoy celebrities’ houses will leave you in envy in a good way.

Be amazed, be inspired by their homes’ success stories.

Kapamilya’s newest “Darna” Liza Soberano, after being in the spotlight for years, netizens are now raving about her classy home.

One of Liza’s TV career highlights was when she played the lead role in ABS-CBN’s romantic comedy-melodrama Forevermore, alongside Enrique Gil.

Coming home from a shoot last night, i decided to watch unacknowledged (a documentary about aliens on netflix), and all of a sudden I was craving for some tuna! Ang tunalicious craving ko @megapuretuna sweet and spicy paired with nacho chips. Perfect way to end my night! Kayo #MegaBarkada, anong #TunaliciousCravings niyo? 😊

Kapamilya’s “Teen King” Daniel Padilla can proudly boast about owning a house at a young age.

In the YES! Celebrity Homes article, Daniel shares the most exciting moment of his life was the moment he finally saw his house completed.

His dream home, which Daniel and his mother, Karla Estrada, built together, is found on a 1,000 sqm. lot in an exclusive subdivision in Fairview, Quezon City. It’s a Mediterranean-styled comfy home, said its architect Marie-Louie Torres-de Leon.

Kapamilya’s “Teen Queen” Kathryn Bernardo started as a child star, appearing in ABS-CBN’s TV programs Going Bulilit and Super Inggo. Her career has become more successful when she was paired up with Daniel Padilla.

At her young age, she made sure her dreams won’t stay just a dream; she has managed to buy a house, which she can call her own.

Enjoying my cup of coffee on a rainy day.. @nescafeph

For 21-year-old Kapamilya actress Julia Barreto, her hard work  the past few years is paying off as she has started building her own home.

Julia’s future home is located near her family’s house, and as early as now, the actress is eagerly getting homemaking tips from her mom.

Julia has starred in blockbuster movies Vince & Kath & James and Love You To The Stars And Back, alongside her reel-to-real life partner Joshua Garcia.

One of the ABS-CBN’s Goin’ Bulilit pioneer cast members, Kiray Celis has finally fulfilled her long-time dream of owning a house.

After so many years of renting a house  for her family, Kiray has finally raised the money to buy her own.  She now encourages others to do the same.

Vote for PropertyAsia ‘Office of the Week’

Be Inspired by These Young Celebrities, Now Homeowners 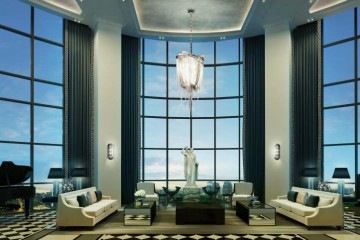