A Look Back on Philippine Real Estate in 2018

The Philippines remains the third fastest growing economy in the Asia-Pacific region. Its strong inflow of investments, young demographics, and consumption-driven market drive this upward trend, which has elicited an outstanding growth pattern in the country’s property sector.

The Philippines has entered an apparently “golden age” of infrastructure developments with President Rodrigo Duterte’s “Build, Build, Build” program consisting of at least 75 public infrastructure undertakings from roads to transportation hubs, from airports to energy facilities. This ambitious program is estimated at P8 trillion to 9 trillion, which aims to be completed in six years.

President Duterte’s flagship program has also set its eyes on creating more jobs and increasing personal incomes, thus improving the daily lives of the middle-income workers. It has also contributed to the positive outlook of the property sector: more roads mean easier access to real estate, which benefit both the property developers and property buyers.

Due to the rising interest rates, the low to mid-income residential investments could dampen over the next 12 months, according to Colliers International, a leading real estate services firm. Despite such dim forecast, the property sector was more likely headed toward a record-high in demand and supply at year-end.

It is estimated that the millennials, those born from 1981 to 1996, have already passed a third of the Philippines’ population and would probably make up about half of the global workforce by 2020. As the young consumers’ habits change rapidly, various businesses have been able to adapt quickly as well. When it comes to property sales, the millennials tend to prefer the vertical residences over the more traditional house and lots because condominiums are mostly located near their workplaces and their preferred lifestyle activities and establishments.

With the backing of the Internet, social media, and mobile apps, people visiting and inquiring about countless property listings online increased in 2018. According to Hootsuite, a social media management platform, there are at least 67 million Internet users based in the Philippines, and more and more will get online access in the following years.

Perusing different types of properties online is much easier and quicker. Various property portals, such as PropertyAsia.ph, also offer a more comprehensive selection of homes, offices, and other property types to choose from compared to the limited number of property listings found in the newspaper.

How Do Families Celebrate Christmas Around the World?

A Look Back on Philippine Real Estate in 2018 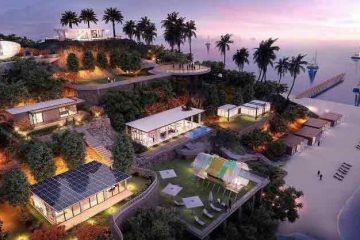