Manila, Philippines—SM Prime Holdings Inc., one of the leading integrated property developers in Southeast Asia, has set around P80 billion capital expenditure (CapEx) for its expansion projects and further land banking investments in the Philippines this year.

“…2019 marks another era for SM Prime as we celebrate our 25th year of being a publicly-listed company in the Philippines.  Moving forward, we will continue to deliver world-class products to our communities, which will also translate into sustainable growth for our shareholders,” said SM Prime President Jeffrey Lim. “Along with this continuous growth, we will keep in mind the vision of [the late] Mr. Henry Sy Sr. has set for the Company and its dedicated employees.”

This year, the company plans to expand its footprint in the Philippines with four new malls.  These malls will add 200,000 square meters of gross floor area (GFA): SM Center in Dagupan, Pangasinan; SM City in Olongapo, Zambales; SM City Bicutan in the Caraga region in Mindanao, and SM Mindpro Citimall in Zamboanga City.

Through SM Development Corporation (SMDC), SM Prime targets to launch around 15,000 to 20,000 residential units. These spaces will be made up of mixed high-rise and mid-rise buildings, as well as single-detached house and lot developments. SM Prime will also open the NU Tower, a university-office building in the Mall of Asia Complex and two new hotels: Park Inn by Radisson Iloilo in Iloilo and Park Inn by Radisson North EDSA in Quezon City.

Several of SM Prime’s current mall sites will be transformed into mixed-use, integrated developments as well such as in SM City Clark and Park Inn by Radisson in Clark, Pampanga, where SMX Clark and a grand terminal will rise.

Megaworld to Open Eight New Malls in The Next 3 Years 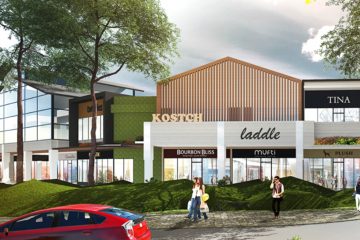