Manila, Philippines—Together with Carmelray Property Holdings Inc. and San Ramon Holdings Inc., Rockwell Land Corporation has announced the launch of the residential development, Rockwell South at Carmelray, in Canlubang, Laguna, set by the third quarter this year. This is Rockwell Land’s first premium horizontal project, which will allocate over 250 lots, ranging from 650 to 1,000 sqm, as part of the 63-hectare phase 1 of the development.

Expected to earn revenue at P3.9 billion, the development will feature open spaces, dog parks, a multipurpose court, and other recreational facilities.

Rockwell Land President & CEO Nestor Padilla said, “After creating a master-planned community in our current 19.1-hectare Rockwell Center in Makati, we look forward to bring the same success to Rockwell South, set to be another flagship development in a much larger scale.”

With the company’s expansion beyond Metro Manila, an addition of over 10 hectares of land will also be launched this year.

By year-end Rockwell Land is also establishing its foothold in Bacolod City with the launch of a P8 billion development in September, which features eight mid-rise residential towers and various retail establishments in a 10.9-hectare land.

At a recent shareholders’ meeting, Rockwell Land reported its net income after tax at P2.5 billion, an increase of 22% from the previous year. The company’s ongoing and newly launched projects continue to experience robust demand resulting in a 30% growth in reservation sales—reaching an all-time high at P14.9 billion. 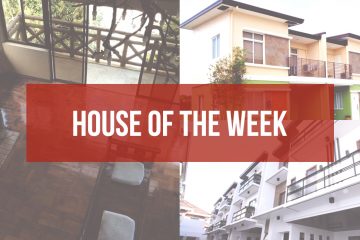