Manila, Philippines – Real estate firm Ayala Land Inc., a subsidiary of Ayala Corporation, has posted a 12% increase in its net income, which totaled to P23.2 billion, in the first nine months of the current calendar year.  Total revenues increased by 2%, which totaled to P119.7 billion.

Its capital expenditures, on the other hand, reached P78.2 billion for the period, which have supported the company’s continued residential and leasing asset buildup. Its malls and office segments have expanded their leasable area further to 2.1 million and 1.2 million square meters, respectively.

“[The] third quarter financial results were in line with our expectations, following a similar pattern to what we have seen in the first half of the year.  We, however, launched more developments during the period, which we anticipate will help us finish strong in 2019 and provide positive momentum in 2020,” said Ayala Land President & CEO Bernard Vincent Dy.

“Commercial leasing assets, on the other hand, continue to outperform as business and consumer activity remain robust and as more completed assets over the last couple of years stablilize and experience high occupancy rates.”

Ayala Land’s property development income, which amounted to P85.4 billion with contributions from the 51% growth in office for sale revenues at P11.1 billion and 16% growth in sales of commercial and industrial lots at P6.5 billion. Sales reservations remained steady at P108.5 billion courtesy of the Alveo and Avida projects.

Locally-based Filipinos continue to drive residential sales comprising 70% of the total revenue, which also had sales coming from the overseas Filipinos at 14% and foreigners at 16%.

The office leasing revenues also increased 26% at P7.2 biilion with contributions from new office spaces at Ayala North Exchange, Vertis North, and Circuit Makati, while the hotel and resort segments grew its revenues by 17% at P5.4 billion courtesy of the Seda Ayala Center Cebu and Lio. 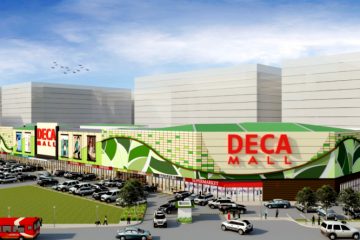