House And Lot For Sale In Pasay City 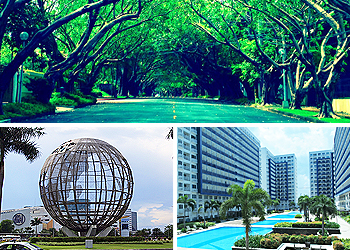 Pasay City is the second smallest city in Metro Manila with a total land area of 18.64 km2. Nonetheless, it is highly urbanized and well developed. Pasay is known by different names such as the Asian City, Travel City, Travel Capital of the Philippines, the Philippines' City of Angels, Trading Center of the Philippines, and Home of Aliwan Fiesta. Many homeowners and businessmen choose to buy properties here because of its proximity to the international airports. Most national government offices are also located here such as the Department of Foreign Affairs (DFA), Department of Trade and Industry (DTI), and Overseas Workers Welfare Administration (OWWA). Moreover, Pasay offers lots of attractions and fun activities, which make living in the city more enjoyable.

One of the main attractions in Pasay City is the SM Mall of Asia, which is the second largest shopping mall in Asia and the seventh largest in the world. While SM Mall of Asia is the most popular, there are other shopping malls here such as Resorts World Manila, Newport Mall, and Shopping Center Management Corporation.

Pasay City is home to the biggest cultural and convention centers where most national events and affairs are held. Some of the cultural centers in the city include the Cultural Center of the Philippines, Newport Performing Arts Theater, Aliw Theater, and Manila Film Center. Through these cultural facilities, Filipinos are able to preserve their culture and showcase Philippine arts. Its convention centers include the World Trade Center, SMX Convention Center, Philippine International Convention Center, One E-com Center, and Two E-com Center.

The most popular attractions in Pasay City are the parks and museums where kids and adults go to for leisure and entertainment. Some of its parks include the Metropolitan Park, Harbor Square, Meridian Park, Blue Bay Walk, and Nayong Pilipino Park. Kids also love the amusement park Star City. For the whole family, Manila Ocean Park is ideal. For excursionists, the most visited places are museums Museo ng Sining, GSIS Museum and Archives, and Philippine Museums of Ethnology.

Owning a house and lot in Pasay City is truly rewarding; one gets to enjoy all the attractions and perks that the city provides. Though it is part of the metro, Pasay guarantees fun, safe, and peaceful life.