Manila, Philippines—In a disclosure to the Securities and Exchange Commission on Tuesday, October 27, Robinsons Land Corporation, one of the Philippines’ leading real estate developers, revealed that, through an offshore subsidiary, it has acquired the land use right to an approximately 8.5-hectare property in Chengdu, Southwest China.

The property will be used for the “development of residential projects with a minor commercial component,” said Robinsons Land.  The “acquisition is in line with the normal course of the company’s real estate business and its plan to explore opportunities internationally.”

No other details were given such as the total cost of the property or the company’s expansion timetable in China.

Although China’s economic growth has slipped to 6.9 percent in the third quarter this year, down from 7 percent in the first and second quarters, it remains the world’s second largest economy.

China has a population of 1.5 billion and a business culture that is open to foreign investors.

Robinsons Land, on the other hand, is involved in the development and operation of various shopping malls and hotels, mixed-used properties, office buildings, and both vertical and horizontal housing developments in the largest cities in the Philippines. 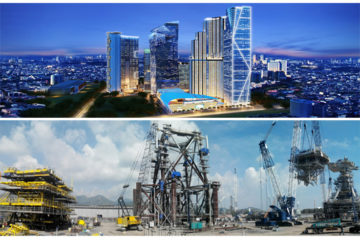