Globe President and CEO Ernest Cu said in a statement that broadband development is particularly relevant in communities where even basic infrastructure services such as roads and bridges are lacking.  “Studies and experience have shown that broadband access creates a significant impact on the development of marginal areas as this allows the community to conduct business with people all over the world, and get information on education, health, and government services.”

Local telco operators such as Globe are unable to deploy infrastructure in rural areas due to business viability issues.  “There are lots of localities in the country that cannot be reached economically.  What we propose is for the government to build the infrastructure such as submarine cables and then rent out these facilities to telco operators,” Mr. Cu said.

He cited the case of Sulu and Basilan provinces in the Autonomous Region for Muslim Mindanao (ARMM) where Globe was asked to address the connectivity issues in the area.  To provide adequate connectivity in the area, Globe needed to build a submarine cable system, which costs $30-35 million—an enormous expense considering the area’s low revenue base.

He added that developing Internet infrastructure should be treated similarly to building roads.  He pointed out that unlike private corporations, which need to recover their capital spending within a short period of time, the Philippine government can afford a much longer time to recover its investments. (Press Release) 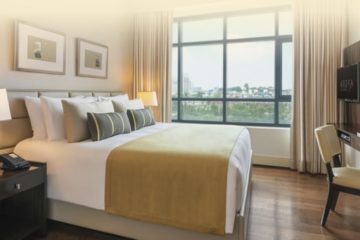