Moving into a new home requires a lot of considerations.  Since quality education is a must for everyone, it’s important to find a place near schools.  If you’re looking for a new place, particularly in Metro Manila, you have to choose an area with reputable institutions nearby.

As a guide, here are some of the best schools in the city:

University of the Philippines Diliman

Located in Diliman, Quezon City, the University of the Philippines (UP) Diliman is one of the most well-known schools in the country.  Established in 1949, UP Diliman became famous for its freedom-loving culture, a tradition of leadership, and student activism particularly during the Marcos regime.

UP Diliman takes pride in its intelligent, hardworking, and open-minded students who excel despite the university’s high academic standards.

Located in the heart of the metro, specifically in Taft Avenue, Manila, De La Salle University (DLSU) is one of the most prestigious and reputable universities in the country.  The first Lasallian constituent was founded in 1911.  Today, there are at least 17 Lasallian constituents.

As a private Catholic school, DLSU is committed to its goal of honing its students’ values and promoting discipline.  Lasallians are known to be competitive in different sports and other activities in school such as singing, dancing, acting, and writing.

Another top performing school in Metro Manila is Ateneo de Manila University (ADMU). Its main campus is located in Loyola Heights, Quezon City while its satellite campuses are in Salcedo Village and Rockwell Center in Makati City and in Ortigas Center.

Established in 1859, ADMU offers a lot of academic programs for all school levels such as arts, business, law, medicine, and computer science programs.

Situated in Sampaloc, Manila, the University of Santo Tomas (UST) is the third oldest school in the Philippines. Founded by former Manila Archbishop Miguel de Benavides in 1611, UST is a Catholic research university has remained one of the most trusted schools in the country.

UST also provides excellent education and training to all its students. It is also known for its generous incentives to teachers and employees. 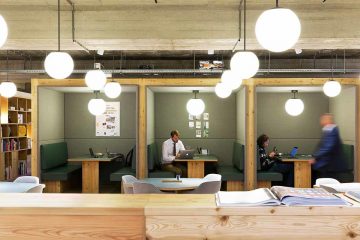