Manila, Philippines–Ayala Land, Inc. (ALI) continues to make progress on its 2020 growth plan, posting a net income of P20.9 billion in 2016, 19% higher than the previous year.

Consolidated revenues reached P124.6 billion, 16% higher year-on-year on the back of the stable growth of its property development business, balanced with the steady performance of its leasing portfolio

Property development revenues grew 17% to P79.2 billion, driven by the steady traction of its residential and office for sale segments, complemented with commercial and industrial lot sales. Commercial leasing revenues grew 8% to P26.6 billion as its portfolio of malls, offices, and hotels and resorts continue to expand within the Philippines.

“2016 marked another banner year for Ayala Land. We achieved a higher level of profitability coming from the sustained growth of our estates and core businesses. Further, we executed our investment program to ensure continued growth in the coming years,” said Bernard Vincent Dy, president and CEO, in a statement.

ALI launched P61.5 billion worth of residential and office for sale products in 2016 through its five residential brands such as Ayala Land Premier, Alveo, Avida, Amaia, and BellaVita. Residential sales grew 3% to P108.00 billion.

The company also posted 12% growth in mall revenues to P15.0 billion, given the successful performance of its established malls like Glorietta, Greenbelt, Market!Market!, and Trinoma, as well as the contribution of its new malls such as Solenad and UP Town Center.

Office leasing revenues increased by 7% to P5.5 billion due to the increasing contribution of newly opened offices such as UP Town Center BPO and Bonifacio Stopover at Bonifacio Global City (BGC).

Meanwhile, hotels and resorts revenues grew slightly higher to P6.1 billion as a result of the sustained performance of its established hotels and resorts, combined with the initial operations of its newly built additional rooms.

In 2016, ALI introduced two key mixed-use developments – One Ayala in Makati Central Business District (CBD) and the 17.5-hectare Gatewalk Central in Mandaue, Cebu, strengthening its track record as the leading developer of sustainable estates, currently with 20 estates in key growth centers in the country. Contributions from ALI’s new and emerging estates in various growth centers in Metro Manila, Visayas, and Mindanao grew from 36% to 40%, on top of revenues earned from thriving developments in Makati, BGC, Nuvali, and Alabang. ALI spent a total of P85.40 billion for project and capital expenditures in 2016.

The company plans to complete seven shopping centers this year with a total gross leasable space of 224,000 sqm. These include the recently opened Ayala Malls The 30th in Pasig, as well as Ayala Malls Vertis North in the Quezon City CBD, Ayala Malls Feliz in Cainta, and Ayala Malls One Bonifacio High Street in BGC, among others.

It also plans to complete a total of 185,000 sqm of gross leasable office space in locations like Vertis North, Circuit Makati, and The 30th in Pasig within the year. (Press Release)

How to Find the Perfect Real Estate Broker to Work With? 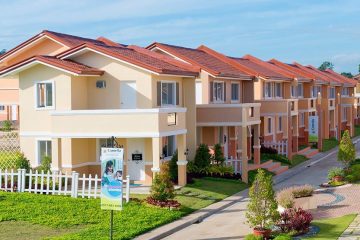