Manila, Philippines—Filinvest Land, Inc. (FLI), one of the country’s largest integrated real estate developers and BPO office providers, reported that its net income hit a record of P5.35 billion for the full year of 2016. This net income was achieved on the back of a hike in total revenues to P19.50 billion, 7% higher than the P18.30 billion recorded in 2015.

One of the largest sources of revenue growth was achieved by rental revenues of P3.38 billion for the full year in 2016, 15% higher than P2.95 billion in 2015 as the firm booked increased revenues from its office buildings. Rental income now accounts for 40% of net income of FLI.

FLI completed three new buildings in the last quarter of 2015 and these have started to generate revenues in 2016. In addition, the company completed two new buildings, “Filinvest Cyberzone Bay City 1 & 2” in the Bay area, with 37,000 square meters of gross leasable area (GLA) which have been fully leased out last year. FLI now operates 21 office buildings totaling 312,000 square meters of GLA, a 50% increase in the last two years.

FLI is also growing its retail rental space portfolio. “Main Square Community Mall” in Molino, Cavite just opened its doors to shoppers, adding 28,000 square meters to FLI’s retail portfolio. Another new mall, the “Fora Mall” in Tagaytay, which will have 48,000 square meters of mall space, is scheduled to open in April 2017. 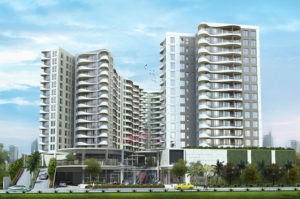 FLI is on track to hit its 1 million target of office and retail GLA by 2019 and a 50-50 income mix between its rental and trading businesses.

On the residential business, FLI continues to launch projects that address the needs of the affordable and middle-income markets, which remain to be underserved. More than 70% of FLI’s product offerings are house-and-lots and mid-rise buildings (MRB) located nationwide. FLI is set to invest an additional P5 billion in the next three years in Mindanao as it expands its Futura Homes economic housing and Spatial Medium-Rise Building (MRB) affordable condominium portfolios with new projects in South Cotabato and Davao City. FLI also launched residential projects in Metro Manila, Cavite, Rizal, Bulacan, Bacolod, Iloilo, and other key locations last year. To date, FLI has developed more than 2,500 hectares of land and sold more than 160,000 housing units.

In addition, FLI and its parent company Filinvest Development Corporation (FDC) have signed a lease agreement with Clark Development Corporation (CDC) to develop, manage, and operate the 200-hectare Clark Mimosa estate for a term of 50 years, renewable for another 25 years. The Board of Directors of CDC recently approved Filinvest’s master plan to redevelop the estate into a mixed-use, leisure-based destination at the heart of the Clark Freeport Zone in Pampanga. Clark Mimosa will be developed as an integrated, smart, and sustainable resort community, which will include a regional lifestyle and retail mall, a new office park, and a variety of residential options from villas to mid-rise condominiums. FDC will undertake the hospitality and leisure segments while FLI will handle the retail, office, and residential components.

Last year, FLI also signed a Joint Venture Agreement with the Bases Conversion and Development Authority (BCDA) for the development of the 288-hectare Phase 1 portion of the landmark Clark Green City portion in Tarlac, after it won the bidding for the project. Clark Green City is envisioned to be developed as the country’s newest sustainable urban community and globally-competitive investment center that is smart, green, and disaster resilient. The BCDA Board recently approved the boundaries and projected industrial, mixed-use, residential and institutional land uses of the Phase 1 parcel. (Press Release)

Video Tutorial: How to Create An Account on PropertyAsia.ph 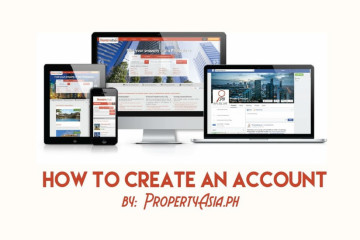