Home»news»Starmalls Nets P1.5B, Up 34%, in the First 9 Months
news/press releases

Manila, Philippines—Starmalls  Inc., the listed commercial arm of Vista Land & Lifescapes Inc., reported a net income growth of 34% to P1.5 billion for the first 9-months of 2017 and sustained a doubl- digit growth in its operations. Revenues were at P4.1 billion or a 29% increase from same period last year. EBITDA (Earnings before interest, tax, depreciation, and amortization) during the period grew 40% from the same period last year to P2.95 billion.

“We remain bullish on the retail industry’s outlook for the rest of the year, as we see continued growth in the disposable income of Filipinos due to sound Philippine macroeconomic fundamentals, sustained Overseas Filipinos’ remittance growth and the BPO sector contribution,” said Chairman Manuel B. Villar, Jr.

“In addition, we are now taking advantage of the synergies that have developed as a result of our integration into Vista Land. One of which is the creation of niche markets as we are putting up malls within or near our existing residential developments, thus taking advantage of the natural catchment area within those lived-in communities.”

As of September 30, 2017, Starmalls, including Vista Land, had over 1 million square meters (sqm) of gross floor area (GFA) in its commercial assets portfolio and is still continuing to expand its leasable space targeting to reach 1.3M sqm of GFA by end 2018.

Starmalls is a major developer, owner, and operator of retail malls that target mass market retail consumers in the Philippines and is an early mover in this market segment, focusing on locating in densely populated areas underserved by similar retail malls and within close proximity to transport hubs, key infrastructure, and the existing Vista Land communities. It also develops and operates BPO commercial centers. (Press Release)

Vote for PropertyAsia ‘House of The Week’ 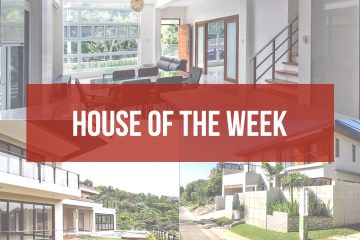