Considered as one of the most visited tourist destinations in the Philippines, Bohol is a bewitching tropical island province. Aside from its countryside charm and beautiful landscapes, it also boasts of breathtaking sights, interesting history, white beaches, diverse underwater treasures and marine life, world-class beach resorts, and other man-made and natural wonders.

To further boost the number of both domestic and foreign visitors, the Provincial Development Council (PDC) has recently approved to build a modern and large-scale sports facility with an indoor segment, located in the northeastern barangay of Tagbiliran City. This will certainly raise Bohol’s bid in hosting bigger sporting events and provide a better environment for the locals. Not only will the province serve as an eco-tourism destination but also a sports-tourism stop.

The gateway for most of the domestic travel destinations in the Philippines, Cebu, also known as the Queen City of the South, is truly an enchanted Filipino hub, which offers an endless array of pleasant things to travelers from historic landmarks to their state-of-the-art modern-day wonders. Not only it is a major transport hub and a tourist attraction, but it is also close to many other spectacular islands, one of these is Bohol.

Set to bring more adventure in the city is Ayala Land’s upcoming ninth estate in Cebu, Seagrove in Mactan Island. Unlike anything Cebu has seen before, the development is an upcoming seafront resort and retail development. With its world-class amenities combined with Cebu’s rich heritage, Seagrove will carry first-of-its-kind resort features, fresh and finest dining concepts, a full range of experiences and services for tourists–all in one destination.

Palawan is known as the “The Last Frontier” and #1 Travel Destination in the Philippines. This dream island is one of the most visited destinations specifically Puerto Princesa, El Nido, and Coron. Most tourists and travelers describe this island as magical with its rich biodiversity, magnificent limestone caves, dive sites, gorgeous white sand beaches, wildlife sanctuaries, as well as clear and beautiful seas, lagoons, and lakes.

With Palawan being a world-famous island, Marriott Hotels’ development of Jewel Resort & Spa will soon rise on its shores. It is a five-star hotel and resort development, located in Nagtabon Beach, which will provide comfort and luxury to its guests without causing harm to Palawan’s natural surroundings. The resort has all the amenities one may expect from the Marriott brand.

Manila, the capital of the Philippines, is an exciting and energetic metropolis found in the heart of Luzon. This region is composed of 11 cities and five towns, each portraying a unique character mixed of rich history and modern attractions. While the city is overshadowed by far more popular destinations in the country, that doesn’t stop travelers from exploring the allure of the city. From edgy galleries, fashionable hotels, artisan markets, single origin coffees to many cathedrals and other 16th-century fortifications and structures.

As part of Resorts World Manila’s aggressive hotel expansion, tourists can expect to experience The Ritz-Carlton luxury hotel and resort that is set to open this year. The world-famous hotel brand has come to the Philippines to bring unforgettable travel experiences from glamorous suites, highest quality cuisines to world-class services.

Considered as the anchor tourist destination in the southern part of the Philippines. Davao is one of the most progressive cities and the largest city in the country. Aside from being an important hub for commerce and industry in the Mindanao region, Davao is also a wonderful example of a city that fuses together the best of rural and urban living. The city is blessed with rich culture, natural resources, wildlife sanctuaries, both natural and man-made attractions like white sand beaches, majestic waterfalls, interesting parks, and forests, and the intimidating Mount Apo, which is the tallest mountain in the entire Philippines.

With that, Megaworld has planned to introduce its first township development in Mindanao with the rise of the Davao Park District, located in an 11-hectare property along the S.P Dakudao Loop, which used to be Lanang Golf and Country Club. It is envisioned to be the city’s central business district (CBD) in which themed residential condominiums will also be built by Suntrust. It will also have a lifestyle mall, commercial and retails strips, open parks, a lagoon, and a school. 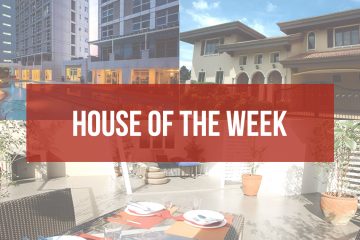