House And Lot For Sale In Muntinlupa City

House and lot for sale in Muntinlupa City 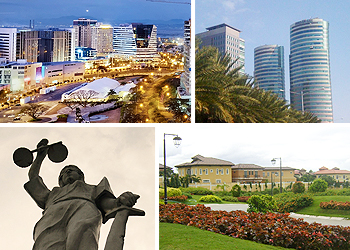 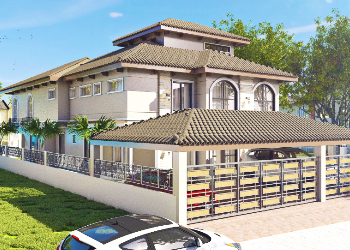 Muntinlupa is a progressive city located in the Southern part of Metro Manila. With a total land area of 41.67 km2, it has a population of more than 504,509. Muntinlupa is known as the Emerald City of the Philippines because of its myriad establishments that attract both tourists and locals. It is also called the "Gateway to Calabarzon" because of its proximity to the region specifically to the province of Laguna. Muntinlupa is where famous local celebrities live such as Aga Muhlach, Nino Muhlach, Jodi Sta. Maria, and Lea Salonga. It is also the home to sports enthusiasts such as Olympic athlete Michael Christian Martinez, bantamweight boxer William Prado, and basketball player Prince Carlos. Apparently, Muntinlupa is a good pick for most homeowners because of the following reasons:

The major shopping malls in the city include Alabang Town Center, Festival Supermall, and SM Center Muntinlupa. Apart from these shopping malls, there are lots of shopping stalls, boutiques, and retail stores around the city. Car dealerships in Muntinlupa are also widespread. Most car companies in the country have offices here such as Toyota, Ford, Nissan, Chevrolet, Chrysler, Honda, Isuzu Hyundai, Mitsubishi, and Suzuki.

Muntinlupa has an IT zone named Northgate Cyberzone in Alabang. Technology-based companies are here specifically those that are engaged in Business Process Outsourcing (BPO), banking, multimedia, and education. These companies include Pepsi-Cola Philippines, Kawasaki Motors, Amkor Technology, Convergys, and Verizon Business.

Muntinlupa City is a great place for tourists who want to see the beauty of Manila away from the hustle and bustle in the metro. For those who want to have some peace of mind and enjoy the beauty of nature, they can simply go to the Jamboree Lake, the smallest natural lake in the Philippines. Another place that attracts tourists is the historical Memorial Hill, which is reminiscent of World War II. The Japanese Garden Cemetery, on the other hand, is the place where the famous Japanese general Tomoyuki Yamashita was buried.

Muntinlupa is not only popular for its industries and tourist spots but also for its upscale residential communities. Some people may be afraid of living in exclusive villages and luxurious gated communities, but in Muntinlupa the security and safety of the residents are a top priority. Hence, home seekers keep on coming here to check out the house and lots and other real properties for sale.